We can affect our environment for good or for bad because we are more powerful than we realize.

Not long ago, one night around midnight, Greg said that he noticed a vehicle across the street from where we live, acting strangely. The vehicle's horn blew off and on for about a minute, and its lights went off and on at the same time. And the really strange thing is that no one was near there at that time. 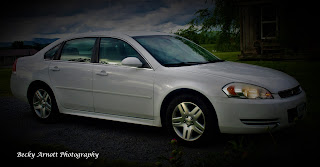 Something similar like that happened to our own car about four years ago. It was also late at night.
The only explanation Greg could come up with was that four years ago, and also, just recently, he had gotten acupuncture treatments for his back. Apparently, the needles had caused an energy release which affected the electrical systems of the nearby vehicles. That's pretty powerful energy!
Also, to further show how we can affect things around us, Greg told me that he had heard about a woman who had moved many miles away from the house in which she had lived, and that somehow during the move, her beloved cat had accidentally gotten left behind. She missed her cat so much that she started praying about it daily, while she looked at its picture. 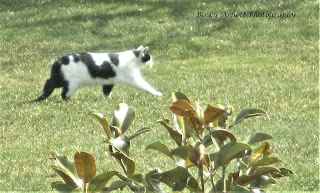 Miraculously, some days later, her cat showed up at her new house! This just illustrates again how powerful our minds, our energy fields really are!
This power can be used for good or for bad. It can be positive or negative. (If we are deliberately using our power for the bad, we are building up some very bad karma for ourselves!)
Instead of  dwelling on what is, we need to focus on a positive outcome. Just imagine how wonderful it would be, to transform our lives, one positive thought at a time!
If we'd just start imagining the Earth as a place of love, peace, and harmony, our powerful thoughts could positively transform our world and the people in it. Sounds like a plan!
Small Business Feature- 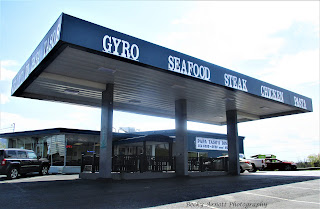 Papa Taso's Diner
Our usual restaurant in Wytheville, Virginia was closed for renovation, so we talked with several people, including those at the welcome center, and we decided to try the recommended Papa Taso's Diner for lunch, and we weren't disappointed. It's a Greek restaurant with seafood and more. It's in an old building that used to be a service station. Check it out online for yourself! 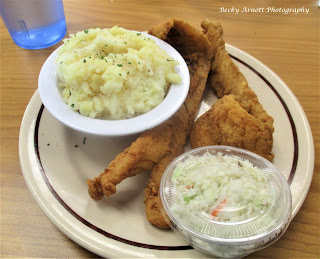 This was what I had for lunch at Papa Taso's. Yum!
Positive Thought: "Beautiful things happen when you distance yourself from negativity." -Anonymous
Thanks for visiting! Until Sunday, May 29, 2022, Becky
Posted by Becky Arnott at 3:08 PM No comments:

Twice, during the past few months, we have had two very rare (thankfully!) frightening experiences!

During the first incident, which was on a cold night in January, two men from the sheriff's department came to our door. One of the men said that while in pursuit of a fugitive, they had to drive across our property, and they hoped that they hadn't damaged our yard. (We discovered later that they hadn't done any damage since the ground was so frozen.)

He went on to say that they had gotten one fugitive, but they were still looking for another one. He told us not to worry, though, since the escapee was more like a jack rabbit than a lion. (That was good to know!)

Thankfully, that incident turned out great since they did eventually catch the other man.

Then, more recently, another night, we heard several police sirens on the main road that goes in front of our house. About the same time, we suddenly saw a helicopter hovering overhead with its search lights flashing around our property, as well as our neighbor's. We wondered what on earth was going on! All of that was quite unnerving.

However, one thing that made us feel much better, more secure, was that a police car was parked in our neighbor's large driveway.

Finally, a couple of hours later, another police car, with lights flashing and sirens going, zoomed past our house toward another town. Then, the helicopter which had been hovering over and near our house, and the police car stationed next door, both left. Apparently, thankfully, it was all over.

Later, our neighbor told us that he had gotten footage on his surveillance camera of a couple in his garden. He later learned that they had stolen a vehicle which they had abandoned when the police had started pursuing them.

Because of the good work of the police, the couple was captured.

We really appreciate those brave, heroic men and women who are protecting us citizens from harm. Thanks so much for your service!

We love going to the Blackbird Bakery in Bristol, Virginia. They have a variety of baked goods, ice cream, and drinks. 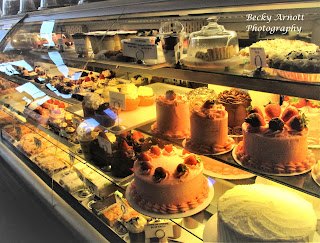 Also, just a short distance away, on another street, is their Blackbird on the Fly which is a drive-thru restaurant.

Mother's Day this year is Sunday, May 8. 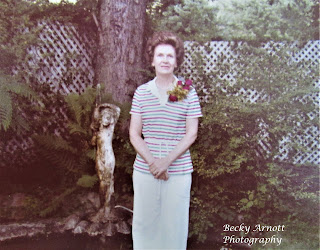 Be sure and check out my latest book, "Down Memory Lane" on Amazon. To order, just click on the widget above. Thank you!

Positive Thought: "My heroes are those who risk their lives every day to protect our world and make it a better place-police, firefighters and members of our armed forces."- Sidney Shelton

Posted by Becky Arnott at 8:39 PM No comments: 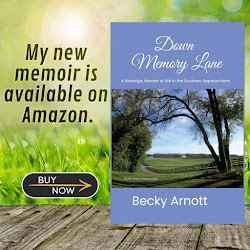