Our Trip to the Deep South

Greg and I have been so busy the last few years that we haven't had much time to travel except locally. We decided a few months ago that things needed to change, so we have carved out some time to do some things and go some places that we've been wanting to visit.

One of the main places that we both wanted to go was the "Deep South" which includes among others, the states of Alabama, Louisiana, and Mississippi. We went by car, and on this trip, we merely traveled through Alabama to get to Natchez, Mississippi which was our main destination. 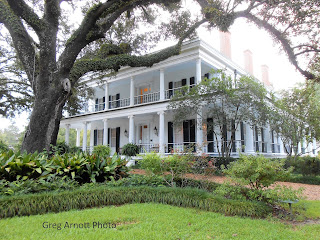 It has been named one of the "finest Antebellum houses in the South." 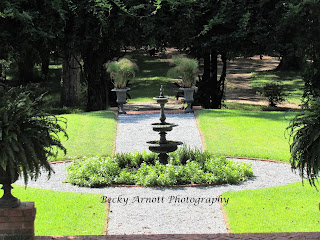 The grounds at Brandon Hall were delightful... 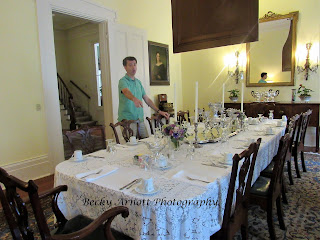 as was the owner and our host, Kaiser who gave us an interesting, informative tour of the mansion... 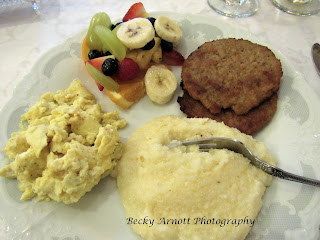 after our hearty, delicious breakfast. 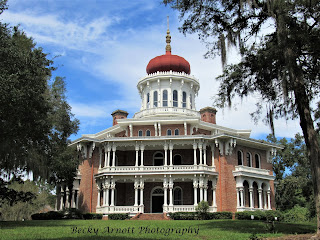 Then, we were off to tour another beautiful mansion "Longwood" which was quite unique in its design...

but it also has a secret which you could never guess from observing it from the outside... 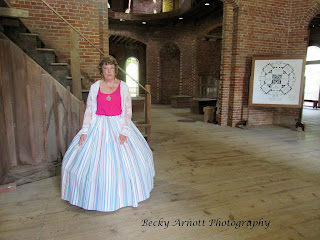 It's unfinished with the exception of the rooms in the basement area!

By the time we finished the tour, it was time for lunch so we went by a really neat place, "Mammy's Cupboard." 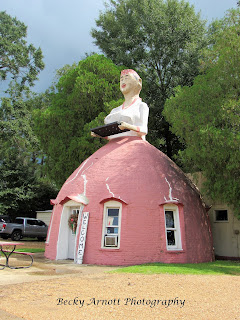 They had great food, but my favorite thing there was the blueberry lemonade, apparently with unlimited refills! 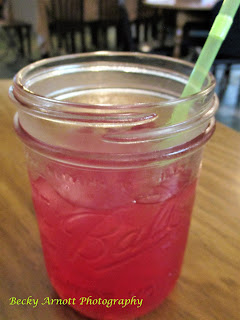 Next on our agenda was the impressive "St. Mary Basilica" which is the number one place to visit in Natchez according to "TripAdvisor." ("Longwood" is number two.) 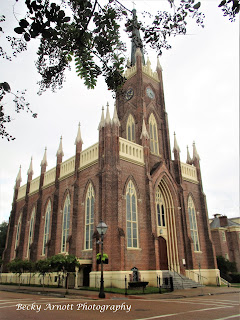 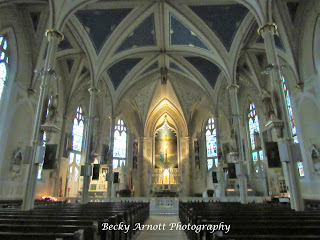 The only word I can think of to describe this place is "Awesome!" 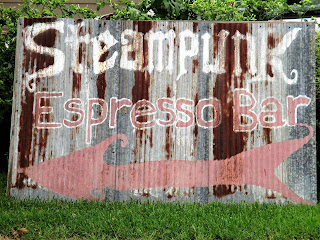 Greg wanted a little coffee break, so we went by "Steampunk" for a bit of refreshment. 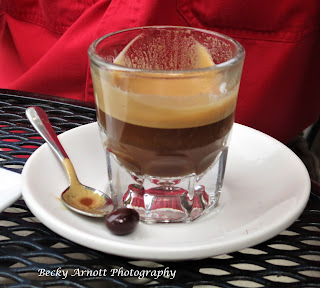 We drove by the old cemetery in Natchez to see the... 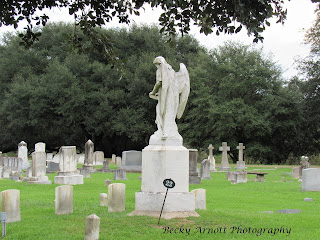 "Turning Angel Statue" that appears to turn as you drive by it! What an enigma!

By now, we were ready for supper, so we decided to go to a restaurant which was recommended to us by Kaiser from "Brandon Hall." 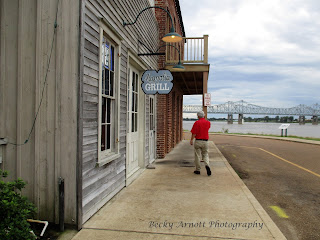 It's the "Magnolia Grill" which is right on the "mighty Mississippi" River. 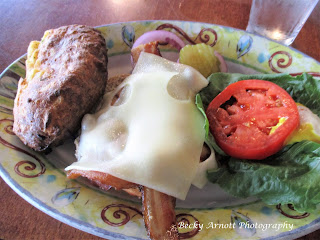 After our delicious meal, we thoroughly enjoyed the beautiful sunset. 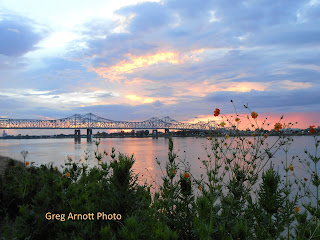 The next day, we went further south to St. Francisville, Louisiana and the... 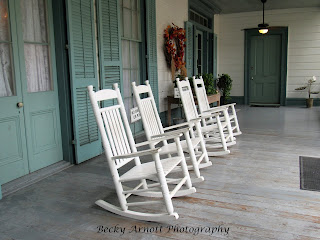 "Myrtles Plantation" which was visited by the "Ghost Hunters" of TV fame.

If you are at all interested in the paranormal, please visit my other blog, "Spirit Photographs" on October 20. It will be my special Halloween blog post which will include the Myrtles Plantation.

Before leaving Louisiana, we stopped for lunch at the "Magnolia Cafe"- 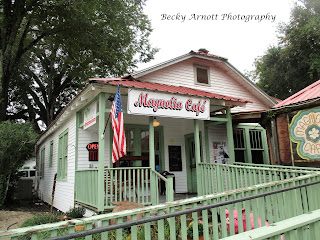 where we pigged out before heading home. 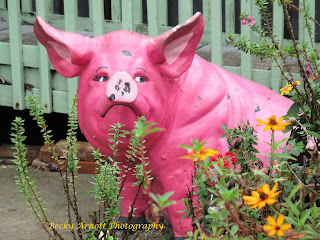 Positive thought: "I haven't been everywhere, but it's on my list!"-Susan Sontag
Until Sunday, November 4, 2018, Becky